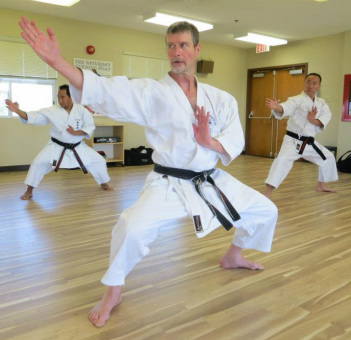 Sensei Cramer has trained at the JKF Headquarters in Tokyo, Japan and the Seiwa Kai Headquarters in Omagari, Japan. For more than forty years, he has taught traditional Japanese karate-do in several public school systems in the Greater Toledo area, and has trained many individuals to the black belt level and beyond.

Additionally, Mr. Cramer has had a long involvement with sport karate-do, and has competed in kata (forms), kumite (sparring), and kobudo (weapons) divisions in the United States, Canada, and Japan. In over 40 years of training and competing he has won many awards, including twenty-eight national medals and eleven national championships in tournaments sanctioned by the U.S. Olympic Committee's National Governing Body for Sport Karate-do.